Patrick Melvin the “Constable who Cares” 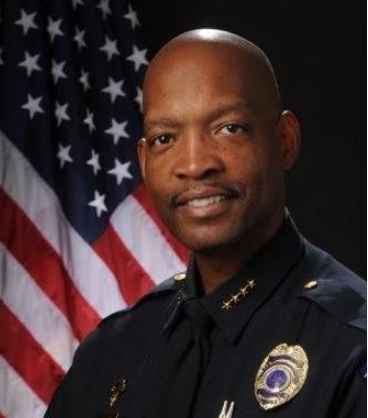 My name is Patrick Melvin and in addition to being the inaugural police chief (badge #001) of the City of Maricopa Police Department, I’m running for Constable for the Maricopa Precinct.  I come from a family of service to our community.  My Dad was a 40-year federal government employee spending 20+ years as an Air Force Veteran and 20 years as a US Postal Carrier.  My older brother Anthony is/was a US Marine, I am a US Army veteran and spent 35+ years in the police profession.  My daughter Jasmine is a Maricopa HS graduate and a graduate of the US Naval Academy at Annapolis and is currently a commissioned officer on active duty in the US Navy.  My youngest son is a police officer, and my oldest son is a case manager/ social worker.  My wife Rhonda is an elementary school teacher, and my mom is a (missionary) credential holder in our church.

I am a nationally recognized professional law enforcement executive, consultant, certified court mediator, national trainer, and public speaker with 35+ years of certified service as a peace officer, city and county executive in the States of Arizona and Texas.

Chief Patrick Melvin was appointed Maricopa’s first ever police officer as the Chief of Police (Badge #001) in October 2006 and retired from the City of Phoenix, Arizona (5th largest city in the United States) Police Department as a police commander after 21 years of dedicated service. Chief Melvin began Chief of Police duties in Maricopa the very next day.  Chief Melvin was tasked with facilitating the coordination, building, designing and formation of Maricopa’s police department from the ground up.  Fourteen months after Chief Melvin’s appointment, the Maricopa PD began 24/7 operations serving the citizens of that city.  In 2010, Chief Melvin began serving the City of Maricopa as the Assistant City Manager.  Chief Melvin was named the “2007 City of Maricopa Man of the Year.”  In July 2010, Chief Patrick Melvin began serving as the National President of N.O.B.L.E., (National Organization of Black Law Enforcement Executives), an organization of approximately 4,000 members in 56 chapters throughout the United States, United Kingdom, and the Caribbean after serving on the executive board for several years.  Chief Patrick Melvin is also a former board member of the Arizona Chiefs of Police Association serving as its 4th, 3rd, and 2nd Vice President.  He has had a long and successful managerial career in the military and with local, state, tribal and national governments, respectively.

Constables are an integral part of the Justice Court system in the State of Arizona. A Constable is an elected official who serves as the peace officer of the court. In addition to providing judicial security services, Constables are empowered to serve all cases given to them by the Justice of the Peace or other Judges. The process includes service of criminal and civil subpoenas and summonses, writs of restitution (eviction orders), writs of execution (orders to collect judgments), writs of replevin (orders to seize property), orders of protection, injunctions against harassment, and warrants as well as any other orders from the courts. Constables may also be involved in the sale of seized property, summoning jurors for trials, and posting of liquor license notices.  Constables who are elected by voters within their judicial precincts are able to provide timely and cost efficient service by working directly with the courts in their local communities to ensure the court’s orders are served with justice in an ethical and respectful manner.

Chief Melvin who wants to be known as the “Constable who Cares” is currently a candidate for Maricopa Constable and would appreciate your support.

The Forgotten Third Pillar of the American Society… [the Prison System]