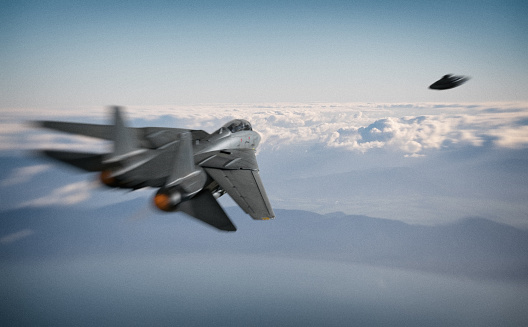 Everyone has their own beliefs of what is true about UFO’s/Aliens.  Does anyone really know the truth?  Whatever your belief system might be, there have been accounts given by numerous people who attest to the fact they do exist.

Another account taking place in the past (The Phoenix Lights) will celebrate its 25th anniversary Wednesday, March 9, 2022.   No one has a clue what they witnessed that day. In my quest to learn more, I interviewed a lady who chooses to stay anonymous about her personal experience. The anonymous witness stated, “this phenomenon had bright lights, which were orange and red.”  Further, she said, “the flying object was a V-shape with no sound”. She was not the only one that witnessed this phenomenon. Other people in Arizona, Nevada, and Mexico did as well. The mystery of it all remains unsolved.

Living in Arizona, at times, I too saw objects and wondered what I was looking at in the sky. I would take pictures of the objects and show others. Most of the time, I would not get an explanation from anyone. There were times people would brush me off and say “welcome to Arizona”. After talking to a few individuals, I met Ronn Clownn Anderson. Ronn introduced me to a gentleman by the name of Dr. Robert Shiepe.  Let’s start off with a

little background on Dr. Shiepe. He was born and raised in Los Angeles, with an excellent science background and a doctorate in Pharmacology. Dr. Shiepe first presented mail order in 1996 and continues to receive royalties even after his retirement.  About four years ago, he started seeing drones that would be described as 10 inches in size with a disk shape and a cooper color flying approximately 1700 miles per minute. The object itself had no sound or no sonic boom. The drone seemed to operate off electricity, as described by nearby aircrafts. Dr. Shiepe stated, “it seemed the drones behaved like military, or law enforcement aircrafts and preferred to stay undetected”.

Dr.  Shiepe started noticing these objects while taking pictures and videos on his balcony in Marina Del Ray, California.  He noticed, on occasion while viewing the unexplained objects, there would also be Military and law enforcement aircrafts with drones nearby.  Dr. Shiepe stated that the military also observed the drones and started to look for them daily.  Dr. Sheipe knew he wasn’t the only one that saw the drones. He submitted his findings to the United States Air Force.  On January 8, 2022, March Air Force Base in Riverside, CA, allowed Dr. Shiede to speak about his findings with his video records. At his lectures he mentions that anyone can spot the drones, by simply watching an aircraft in the air for about 25 seconds. Several pilots stated that they had seen the drones also in the air. The Air Force Base has asked Dr. Shiepe to hold another lecture in May 2022.

(25) UAP/UFO drone damaged or shot out of the air over Los Angeles, CA? What is this thing? – YouTube