Get To Know Your Arizona Neighbors Meet Antonia Presume’ 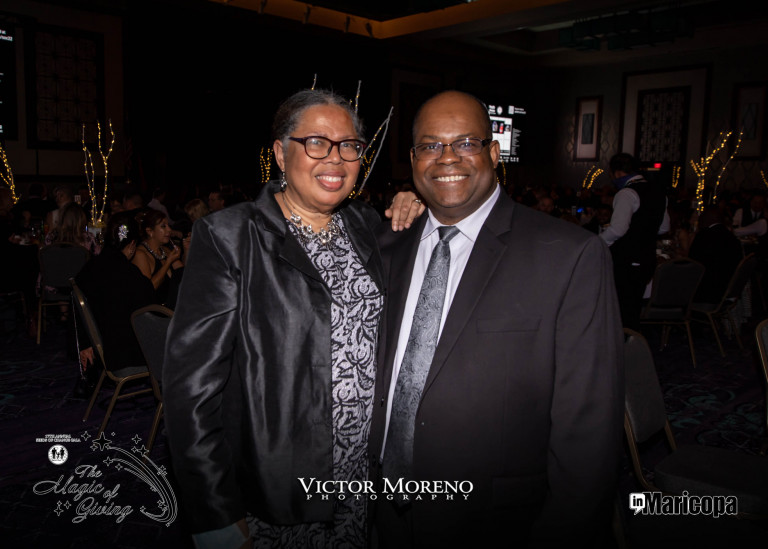 A 2018 study in the Journal City & Community found that being engaged and connected to the people who live around you leads to increased satisfaction. Due to the covide-19 pandemic we’ve had to isolate from one another, which let’s be honest, has caused people to feel even more separated emotional and even culturally.

In this contemporary culture of online living, one can experience increased levels of fear and isolation. On top of that, separation increasingly creates us to suffer from a lack of social support. All of these feelings lead to anxiety and dissatisfaction, even depression. But developing relationships with neighbors can help diminish those emotions. Especially when family may be far away.

Our Neighbours subconsciously learn our habits and can pick up when something isn’t quite right – https://moviecultists.com/what-are-the-advantages-of-knowing-your-neighbors-well.

Further, you could really benefit from your neighbor’s company and advice. Whether it be tips on home repairs, shared hobbies, or financial investment advice. We can truly learn from and can help one another.

Which brings me to our neighbor Antonia Presume’. Antonia has a rich cultural tapestry of life experience. Her background and life experience provides quite a multifaceted viewpoint. Let’s get to know her.

Says Antonia, “I have lived in Arizona for 17 years (16 of which in the City of Maricopa). I was born in the Cape Verde Islands and moved to Lisbon, Portugal when I was 5 years old.” If you are not familiar with the Cape Verde Islands its located Cabo Verde, also called Cape Verde, country comprising a group of islands that lie 385 miles (620 km) off the west coast of Africa. Cabo Verde is named for the westernmost cape of Africa, Cape Verde (French: Cap Vert), which is located in nearby Senegal and is the nearest point on the continent. By the way, the largest port in the islands is located at Mindelo, on São Vicente. Its deep-water harbor accommodates sizable vessels and has been used as a fueling station since the 19th century. https://www.britannica.com/place/Cabo-Verde.

Ethnic groups
The overwhelming majority of the population of Cabo Verde is of mixed European and African descent and is often referred to as mestiço or Crioulo. There is also an African minority, which includes the Fulani (Fulbe), the Balante, and the Mandyako peoples. A small population of European origin includes those of Portuguese descent (especially from the Algarve, a historical province, and the Azores islands), as well as those of Italian, French, and English descent. There is also a substantial number that traces its roots to Sephardic Jews who were expelled from the Iberian Peninsula in the 15th and 16th centuries during the Inquisition and were among the islands’ early settlers, or to other groups of Jews—mainly tradesmen—who arrived in the 19th century from Morocco.

Languages
Although Portuguese is the official language and is used in formal situations, Crioulo, one of the oldest of the Portuguese creole languages, is by far the most widely spoken. The different dialects of Crioulo that exist on the islands may be broadly divided into Sotavento and Barlavento groups. There has been a struggle to legitimate and regularize Crioulo orthography in a dictionary and in schools.

“When I first came to the USA, I was 11 years old and moved to Brooklyn, NY (Flatbush in the house!)”. Antonia goes on to explain, “My father didn’t care much for the environment of a big city to raise his young family and moved us to Pawtucket, RI where we were raised and went to school”. Pawtucket had a large population of Portuguese and Cape Verdeans. I loved that we still had access to all our favorite native foods and culture. Some of my favorite memories were of the Cape Verdean and Portuguese festivals and living in a close, safe and diverse community. It was like everyone was family and looked out for each other (as kids we couldn’t get in too much trouble because we had a lot of eyes on us). That environment instilled an unshakeable sense of pride and confidence! Our elders always told us there was nothing we couldn’t do or become in the United States!

Antonia’s favorite family traditions
“Anytime we are all together celebrating an event as a family, I am happy!!” Further, “Thanksgiving is our favorite because we get to share and break bread with family and friends! My kids might like it because we have their favorite food for days”.

She’s a Businesswoman
“My business is Joia Gift Baskets, and my daughter was my inspiration to start it! She had an event to attend in New York City and we started making baskets as a fund-raiser for her trip and other costs. It became a business when we kept getting orders for baskets even after the event was done!”

Business Challenges
“My challenges are not any different than anyone who starts a business”. Her advice to other business owners is., “The biggest one would be to get your name “out”, gaining and retaining the public’s trust in your service! I overcome this by doing a lot of networking, being present in the community and by giving excellent service”.